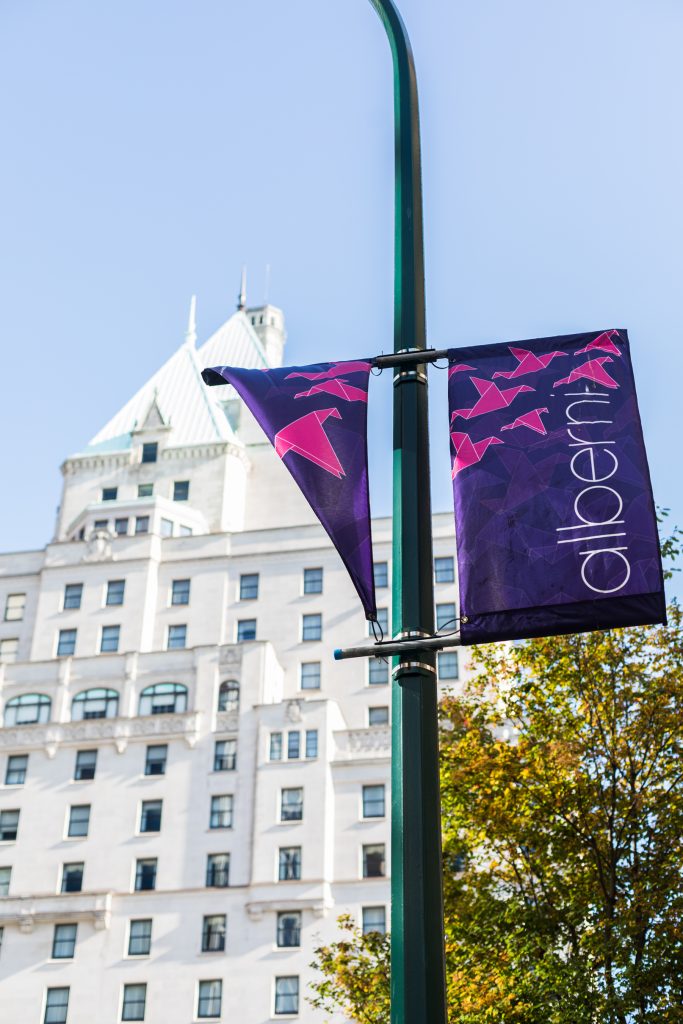 Contest alert! Whether you’re a visitor to Vancouver or local resident, you have the exciting chance to win a $50 Visa gift card plus $50 VanPass voucher through our Exploring Vancouver Photo Contest. The rules are simple – just snap an image of your favourite Vancouver attraction, and upload it here along with your name and email address. And if you’re in need of some inspiration on where to capture the perfect shot, keep reading on for our picks on 10 picturesque Vancouver landmarks!

Fairmont Hotel Vancouver. The Fairmont Hotel Vancouver, which opened its doors in 1916, is known widely as the ‘Castle in the City’ and reflects the metropolis’ timeless luxury. With a storied past and striking façade that features a chateau-style, green-clad copper roof and gargoyle statues, the hotel is an architectural landmark located right in the heart of downtown. In a cityscape dominated by sleek, modern buildings, The Fairmont’s European flair stands out as a beautiful piece of history.

Chinatown Millennium Gate.  This towering entrance to one of the largest historic Chinatown neighbourhoods in North America is a must-see. Inaugurated by former Canadian Prime Minister Jean Chrétien in 2002, the Pender Street landmark is best viewed and photographed standing well back as its elaborate decorative features are most prominent on the terracotta roof. On its eastern face, the gate bears Chinese characters reminding onlookers to ‘remember the past and look forward to the future’.

Stanley Park Totem Poles. As one of the most visited tourist attractions in British Columbia, the Stanley Park Totem Poles at Brockton Point are important symbols of the province’s rich Indigenous history and culture. This remarkable collection of totem poles is made up of nine unique structures that the Vancouver Parks Board has been sourcing from remote locations across BC since the 1920s. Visitors marvel at the intricate carvings and colours, with each totem pole conveying its own distinct story within the art.

A-maze-ing Laughter. When strolling through English Bay it’s impossible to overlook the city’s most recognizable piece of public art, titled A-maze-ing Laughter. The permanent installation created by Chinese artist Yue Minjun features fourteen bronze statues in open-mouthed hysterical laughter, encouraging visitors to walk through the figures and giggle out loud if they wish. The fun-filled environment makes for a great photo opportunity, with the intense comical expressions of the statues perfect for imitation.

Capilano Suspension Bridge. Just a short 20-minute drive from downtown, North Vancouver’s Capilano Suspension Bridge is one of the most popular landmarks in the country. The famous swinging bridge stretches 450 feet across the scenic Capilano River and has been thrilling adventurers for over 100 years. Surrounded by lush greenery and rainforest vegetation, the attraction comes complete with undeniably photo-worthy natural beauty.

BC Place Stadium. BC Place Stadium is recognized around the world as a signature feature of Vancouver’s stunning skyline, and is a place of pride for all British Columbian’s. As a large indoor stadium that is used for professional soccer and football games, it is also an important venue for conventions, concerts and other large-scale events. The structure’s unique retractable roof and glimmering multi-coloured lights make it a photogenic wonder.

Science World. The shiny ‘golf ball’ building that houses Science World is one of the most familiar sights in Vancouver. Originally constructed for Expo ’86, the geodesic dome-style architecture was designed by American inventor R. Buckminster Fuller. Today, this attraction explores all things science with special emphases on the human body and natural environment.

Vancouver Aquarium. Situated in magnificent Stanley Park, the renowned Vancouver Aquarium is the largest marine wildlife museum in Canada. With a global reputation as a top marine science centre, it is home to more than 70,000 animals. Say cheese with the friendly otters, walruses and penguins for a picture-perfect moment.

Gastown Steam Clock. The Gastown Steam Clock is a quirky tourist attraction in the midst of cobblestoned Water Street. Built in 1977, visitors flock to this contraption to catch a glimpse of the tooting steam whistle that sounds every 15 minutes. As one of only six steam clocks in the world, it makes for a great pit stop during a Gastown shopping day.

Vancouver Art Gallery. The Vancouver Art Gallery is a focal point of the city at the central cross streets of Hornby and West Georgia. Originally built as a court house in 1906, the Neo-classical style building was constructed by Francis Rattenbury from England who also designed the Parliament Buildings and Empress Hotel in BC’s capital, Victoria. Adorned with Roman-inspired columns and granite lion statues marking the entrance, this magnificent building truly can’t take a bad photo.

View our online interactive map for more ideas on top landmarks to check out during your next visit. With additional must-sees like Granville Island, the Olympic Cauldron, Canada Place and more, there’s no shortage of sites to take in. Have a favourite that wasn’t mentioned on our list? Tell us – we’d love to hear about your top picks.